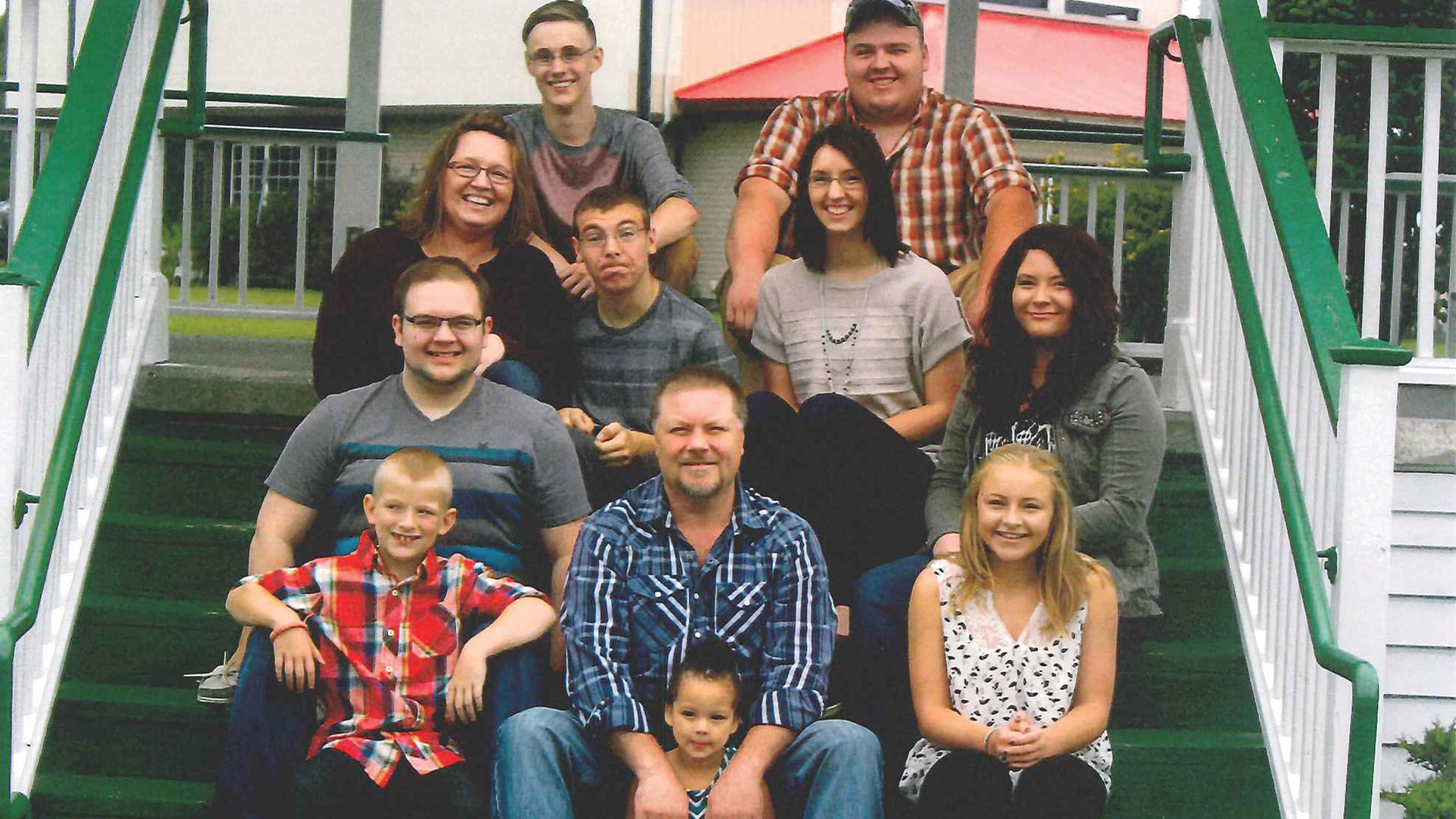 By Denise Card and Bob Martin

(Note: A shorter version of this story was featured in KidsPeace’s 2016 Outcomes and Annual Report)

A KidsPeace ad seeking therapeutic foster parents prompted Lauri and Jeff Legere to take their first official step towards making an incredible difference in the lives of children.

In 1998, soon after they responded to the ad, Lauri and Jeff attended the 10-week training course in their home state. “KidsPeace had just started in Maine at that point. In fact, we were among the first families in the state to go through the KidsPeace training for Therapeutic Foster Care,” she remembers. They completed the training and became officially licensed as a foster home, and in November 1998 they got that first life-changing call.

Maine’s Department of Health & Human Services (DHHS) was seeking a foster home for an infant boy with very high medical needs. While they had not considered the possibility of an infant, Lauri and Jeff decided they couldn’t say no. They met with Eastern Maine Medical Center staff and Lauri stayed overnight at the hospital to observe and learn about the care needed to support him. This fragile baby boy came home with Lauri the following day along with his medications, supplies and equipment (including oxygen and other machines).

“We just wanted to help kids, but we thought when we started we’d care for school-aged children. We didn’t realize there was such a need for fostering infants.”

The early days were intense and demanding. They were quarantined at home for the baby’s protection and were only allowed to take him out for medical appointments. A nurse visited them at home every week and twice weekly a DHHS worker would come to the home and supervise visits with the baby and his biological mother. Lauri had support from KidsPeace that allowed her to go out of the home a few hours a week to get shopping done or pay bills. Throughout this time, despite being incredibly focused on the child’s care, the couple did find a few moments to get married in April 1999.

Just past the one-year mark in their home, and just two days shy of Christmas, the baby returned home for a trial placement with his bio-mother. As they had welcomed his bio-mother into their home for visits and built a relationship, Lauri and Jeff cared for the baby on the weekends for the next four weeks of this trial placement. But near the end of that first month, the DHHS worker called to say the child was no longer safe in his bio-mother’s care and they were asked to take him in again. Without hesitation, they picked him up that evening.

In January 2000, Lauri and Jeff received a call from DHHS stating they had another baby with very high medical needs and, based on the loving care they provided to the first baby, they were at the top of DHHS’ list of caregivers for this child. This new baby boy had been born with fetal phenylketonuria (also called PKU) syndrome, microcephaly, two holes in his heart and possible breathing issues. His medical team considered his outlook bleak, not knowing if he would grow or meet any milestones, and feared his future may be spent as a “vegetable.” Throughout 2000 they cared for the baby and worked toward reunification with his biological father (the mother was deemed unable to provide a safe environment for the child, in part because she was not able to care for her own PKU condition). In the case of the second baby, by December 2000 parental rights had been terminated, and in March of 2001 Lauri and Jeff officially adopted both boys.

While they were very busy with two young children with medical needs, and children of their own in the home, they did provide respite and short-term foster care to a few teenagers and enjoyed this work very much. They developed some great relationships with those children and additionally cared for several infants on short-term placements. These children were generally between placements or waiting for a family member to be approved to care for them, and Lauri and Jeff welcomed the opportunity to care for them while their permanent placement was determined.

“The key to foster care for infants is working closely with the birth families. The goal is always reunification with birth families when possible. It can be tough after caring for and bonding with the children, but we view reunification as the success story of the fostering experience, with adoption being a secondary goal,” Lauri says.

In February 2002 the Legeres received a call from DHHS asking them to consider temporary placement of an infant girl while her aunt prepared to take her. After three weeks of no word about her aunt, the baby’s bio-mother stopped Lauri outside a visit and asked her to adopt the baby. Confused, Lauri contacted the caseworker, who told her the aunt apparently had changed her mind and the bio-parents were willing to terminate their parental rights if Jeff and Lauri would adopt the baby. They agreed and this adoption was finalized in March 2003 – after which, feeling their home was “full,” they decided not to renew their foster home license.

But in August 2007 they learned from DHHS that their first adopted son now had a two-week-old brother in a hospital in Portland. DHHS asked if they would consider adopting this new little one and the Legeres could not imagine keeping these two boys apart. Once they agreed, they were delighted to find that they didn’t need a new foster care license as they were now considered kin to the younger baby. Five weeks later, after daily visits to Portland for Lauri, the baby was well enough to join them at home, and nearly two years after joining their family they were able to finalize their third adoption.

Over the next five years, Jeff and Lauri fostered two additional infant girls and two young boys. These children came at different times and in various stages of reunification. The first infant was with them until she was 2 ½ years old and then later came back to them with her twin brothers before being reunified with their bio-mother.

The second infant girl was a part of their family for 19 months before her parents relinquished their parental rights. The entire Legere family found it incredibly difficult when she was moved from their home to live with a biological aunt in Connecticut. Now four years old, this little one still lives with her aunt but the Legeres are in frequent contact and have periodic visits.

In March 2012 Lauri was approached by a co-worker about adopting an unborn baby girl. After many long meetings and conversations with the expecting mother Lauri and Jeff decided they were again in a situation in which they just couldn’t say no. Lauri got to witness the child’s birth, cut the cord, and feed her the first bottle. They also had the honor of selecting her name. They were able to bring her straight home from the hospital at 10 days old and are still waiting to be able to adopt the now 3-year old.

Feeling again that their home was “full,” in February 2014 the Legeres once again decided not to renew their foster care license. But in early 2016, the Legeres were asked to foster yet another infant, a sibling to one of their adopted children.

Today, 17 years after beginning their journey, Lauri and Jeff preside over a household of ten kids, birth and foster children alike. And while they are once again pursuing foster care licensing for their latest “kinship” placement, they continue to give back in other ways too – with Lauri serving as the first full-time recruiter of foster parents for “A Family for ME,” the recruitment program operated for DHHS by KidsPeace New England.

“Prospective foster parents always want to know the real story as we experienced it,” she says, looking back on her family’s experience. “I tell them you have to be prepared for anything – every child is different, every child’s situation is different.”

“But if they ask, is it worth it, we tell them that we wouldn’t change a thing! Even with the loss and hard parts, I tell myself that WE are the lucky ones that this kids found their way to us to become part of our lives.

“We look at it this way: We need to help, even if it’s one child at a time, because you have to make a difference today to make a better tomorrow.”

In 2015, Lauri and Jeff Legere were recognized with the “Angels in Adoption™” Award from the Congressional Coalition on Adoption Institute. For more information on becoming a foster parent, visit www.fostercare.com. 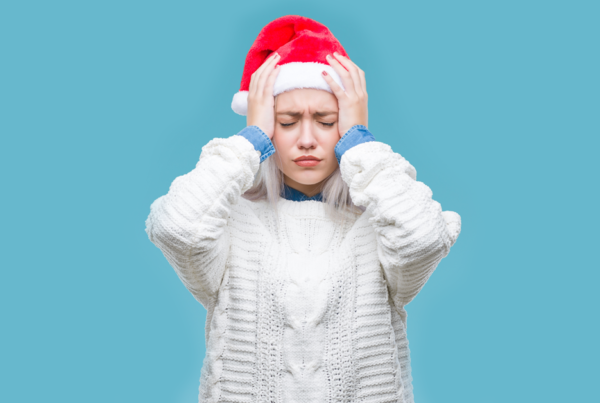 Helping those who don’t seem okay at the holidays 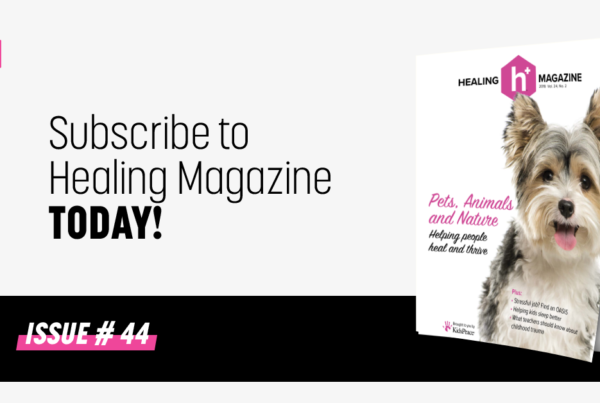 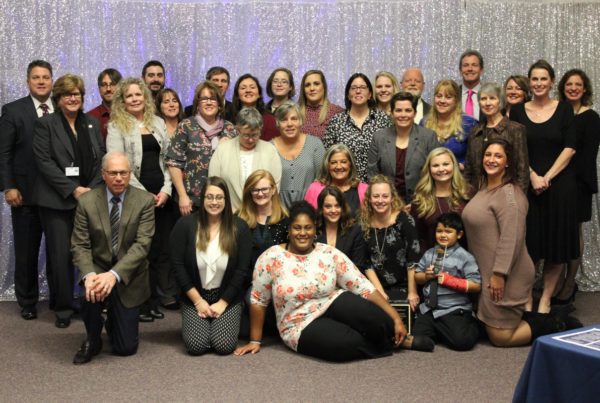