13 Reasons Why or Why Not

By kpcommunicationsMay 3, 2017September 9th, 2017No Comments 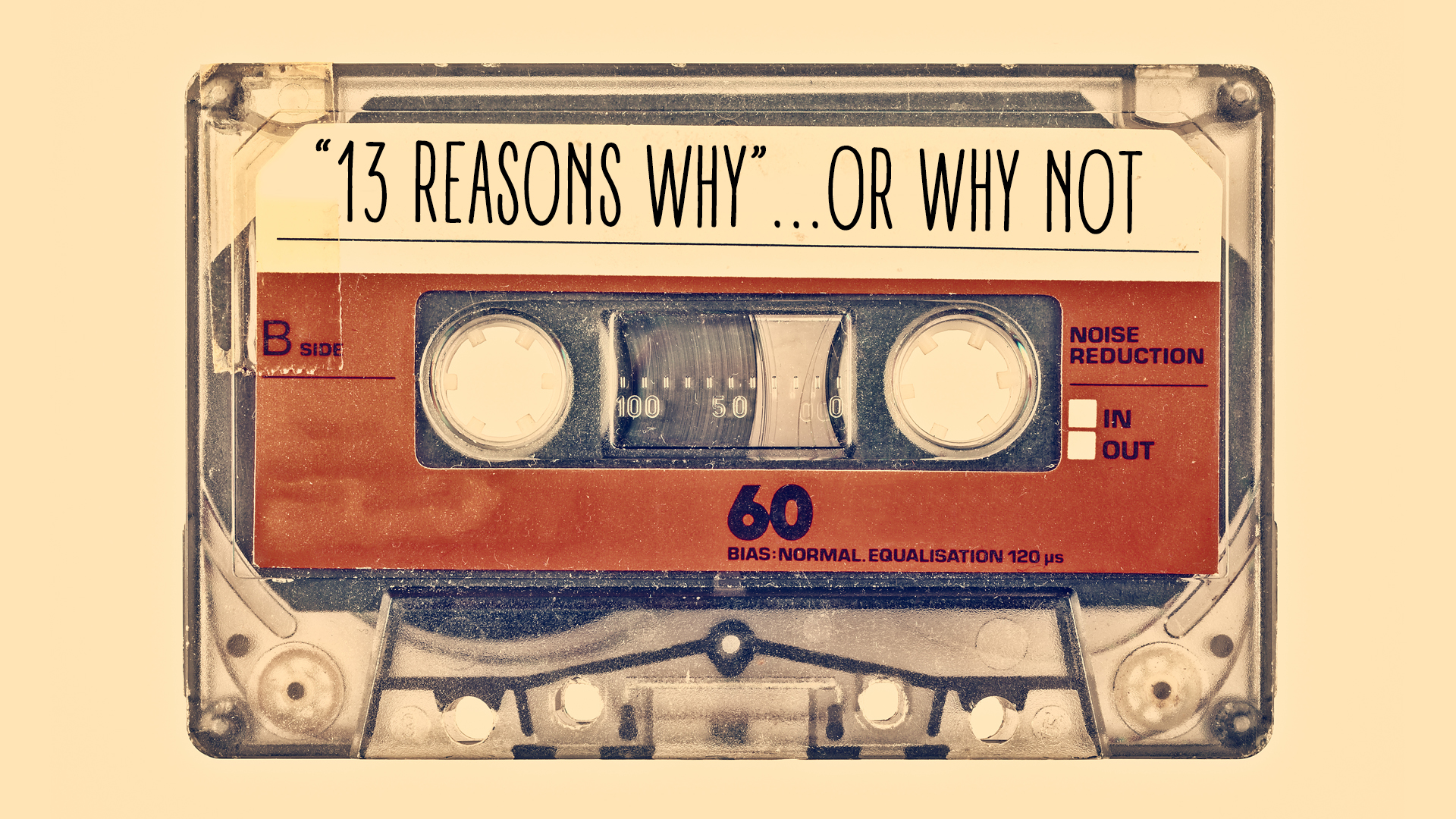 Thespina Godshalk, Director of TeenCentral and a licensed professional counselor, offers her thoughts on the new Netflix series “13 Reasons Why.” The views expressed are her own.

“13 Reasons Why” tells the story of Hannah, who dies by suicide and chronicles the reasons behind her decision in a series of audio tapes which are sent to her peers after her death.   The show hits hard with themes of depression, sexual assault, bullying and suicidality; and it shines a light down the dark alley of suicide.

Since this show is about adolescents, many of those watching it (and absorbing its messages) are adolescents. And this has caused some significant controversy among mental health professionals and educators, who are concerned that for a variety of reasons teens watching the show may not be able to fully grasp the concepts about suicide it portrays . This leaves them with a vastly different interpretation of its consequences – and teens may also be more vulnerable to the show’s very graphic content.

Despite this debate, it’s clear the show is popular and readily available. This means that despite the warnings that surround it, a “black and white” answer of “no” from a parent or caregiver probably won’t stop a teen from watching it. On the contrary, as teens can be challenging by their very nature, it may be exactly what they need to hear to make the decision to watch it immediately or at least discuss it with their peers.

Based on my work in child and adolescent mental health over the last fifteen years, I believe there are five things for parents to consider (and apply) in their reaction to “13 Reasons Why.”

Watch it first. If you haven’t seen it yet and you’re a parent with a curious adolescent, think about watching this show yourself. Watching it will allow you to be knowledgeable on the content of the show and how you personally feel about your child seeing it. Watching it may also lead to the opportunity to talk with your child about the reasons why they can (or cannot) watch it, and perhaps lead to a healthy discussion about the topic of suicide.

Watch it together. In most cases, even if you say no, your child might be tempted to watch it anyway. Offer to watch it with them. This could be uncomfortable for you or for your child, but some discomfort is better than the possibility that they would watch it alone or with people who might give them misinformation when answering their questions. Watching together will also give you the ability to ask them what they think about it, so that they can share their own thoughts and concerns with you. (One caution: if you are doing this, you may want to watch it first so you are prepared for the graphic content.)

Look for triggers. This show contains a very intense and realistic portrayal of the act of suicide, as well as other explicit scenes. For some in the audience, graphic images like these can be a trigger – eliciting unwanted and uncomfortable thoughts or feelings, potentially leading to instability. If your child has struggled or is currently struggling with feelings of depression, anxiety, suicidality or self-injury, there’s a good chance they have at least heard about “13 Reasons Why,” and could be thinking about it.  So you may want to bring the show up to them, even if they don’t mention it to you first.

Clarify what they see and hear. A frequent criticism of the show is that it depicts the act of suicide as having some unintended “positive” consequences for the individual who dies. These consequences such as getting revenge on peer who has mistreated them, causing others to have feelings of remorse and guilt for their actions, or gaining sympathy, acceptance and love from others can be enticing motivators for youth who are struggling with feelings of depression and suicide. This is an opportunity for clarity: Suicide is not a revenge fantasy. It is painful and permanent. Make sure that your teens know that help is available for people who are struggling with thoughts of suicide, and that there is always another solution.

Think about what you are modeling. Although we may not like this show, ignoring it or refusing to talk about it could make your teen feel like you are unwilling to acknowledge the concepts of depression, sexual assault, bullying and suicide. This is NOT the message you want to send to your child. Use this controversial show as an opportunity to show you child that you are willing to talk with them about difficult subject matter. Doing so might help them feel more comfortable coming to you about the hard stuff.

The message we send to our youth when we simply blacklist shows like “13 Reasons Why” is that we are sweeping the hard issues, like suicide, under the rug. And we cannot choose to do that, because our kids cannot choose to do that. They are faced with these very harsh realities every day through news, social media and through personal experiences with their peers, families and sometimes themselves. What we can do is create practical ways to connect with them and show them that we are ready and willing to listen.

Thespina Godshalk is Director of TeenCentral, KidsPeace’s web-based service providing free, anonymous, and confidential therapeutic support for teens and adolescents as well as a licensed professional counselor with fifteen years of experience in the area of child and adolescent mental health. www.teencentral.com 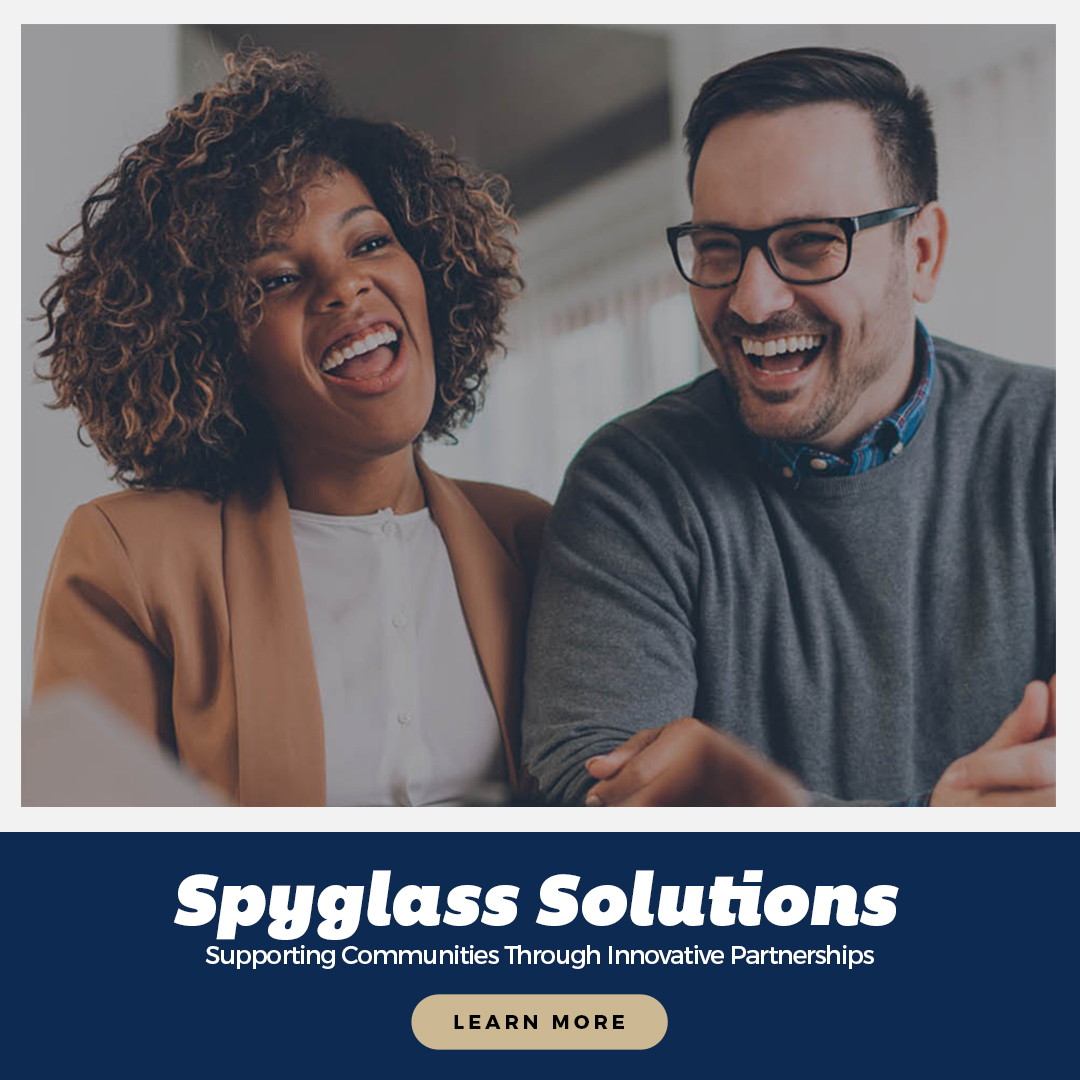 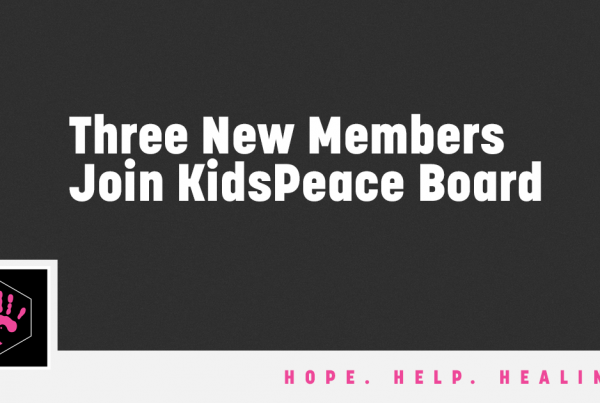 KidsPeace Names Three New Members to National Board of Directors 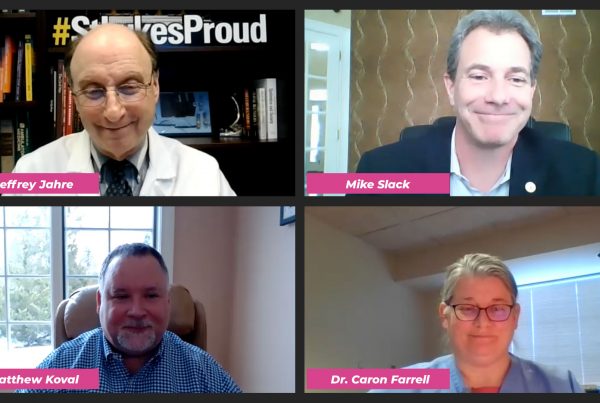 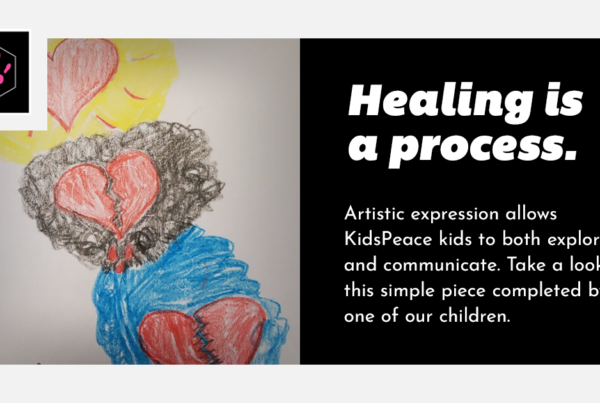 Healing Is A Process Art